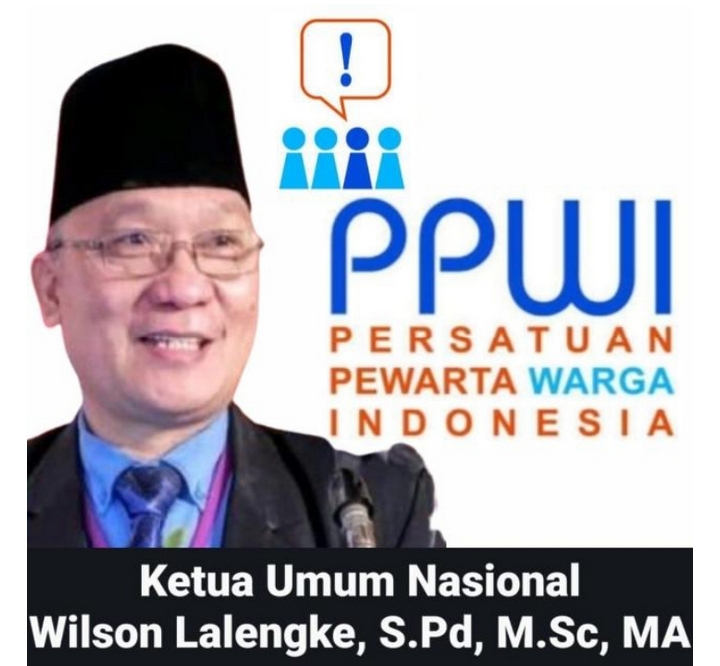 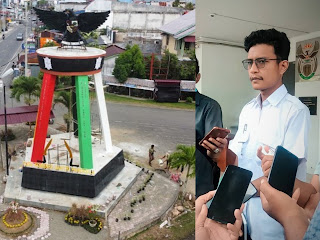 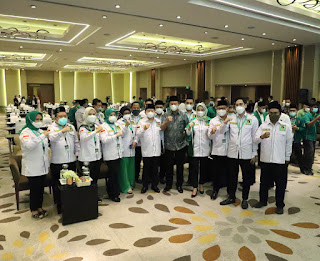 Resolusi.tv
Chairman of the United Development Party Suharso Monoarfa, opened the First National Conference Meeting which was held at the Pullman Thamrin Hotel on Friday, March 12, 2021.
Before opening his remarks, he invited the audience in the room to pray for the chairman of the PPP DPP, Habib Hasan Mulachela, who just died this morning. 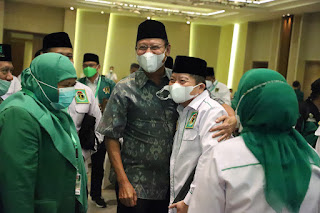 "Pak Muhammad Maryono is on his way to solo to represent all of us to deliver our best friend, Almagfurlah Habib Hasan Bin Syah Mulachela. I have also known him since 1979, Alhamdulillah he was taken to Solo to his final resting place. Once again we send the alfatihah to him, "said Chaiman of PPP.
After that, he introduced the new PPP board who had just been inaugurated by the Ministry of Law and Human Rights. 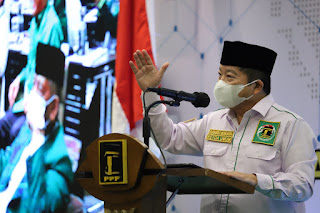 "Behind there is a woman Sarah from Bandung, next to him is Hendro Kusuma's brother, then behind him are Andi Surya, Bu Wardi'ah next to him Pak Yunus Rajab, Yudisthira, Gus Roji," he said.
Chairman then discussed PPP's strategy in reaching voters in 2024, which is dominated by young voters.
“And this organization is equipped by a department, this department is filled by young people aged 25 years, DPP PPP has 10 Departments filled by young people, "said the Chairman.
The 10 Departments are:
1. The Gen Z Creative Department
2. Department of Millennial Works
3. Alleviation Dhuafa
4. Free Learning
5. Social Action
6. Healthy Indonesia
7. Exercise
8. SDGs
9. Caring for Culture
10. Regional Promotion
Chairman also conveyed about party ambassadors who must meet the 5G criteria, Good looking, Google student, Genah, Gaul, Geni Z, besides that he also highlighted the large number of young voters in the 2024 election.
"This is our war organization to win the 2024 election, why do we do this, because as I have told you about 60% of the voters in 2024 are the young generation, 24% of gen Z are those who are participating in the election for the first time, plus the millennial generation who voting for the second time, thus, the number is extraordinary for these young people, "he said.
Finally, Chairman Suharso emphasized to PPP administrators, members and sympathizers the importance of feeling proud of "Sense of Pride" to be a part of PPP.
"Next what I want to convey is the" Sense of Pride "feeling of pride in being a member or committee, or part or sympathizer of the PPP. It is very important for us to be a part of it. We must come up with a sense of pride from ourselves, ”he concluded.
#Pilkada
Bagikan
Komentar